My second Google cake was in order to congratulate some of the team members who worked on a camera system (part of our Street View car) for reaching a major milestone!

The first cake was done last year and because it was my first large cake, I ran into a couple of problems during the assembly process like cake layers sliding off and other unexpected obstacles along the way. This time, I felt a lot more confident having done numerous cakes since then and with some know-hows up my sleeve and of course the help of my trusty friend Penny.

Instead of drawing the system on top of the cake like I did for the last Google cake, I wanted to make the cake itself look like it (shown below) and have everything be edible. 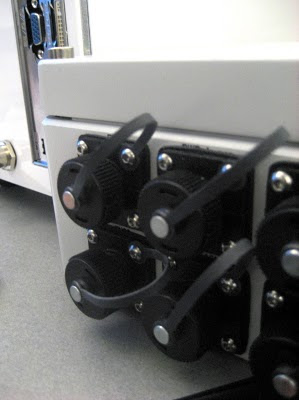 To achieve the smooth white surface, I opted for rolled fondant. But because store-bought fondant often tastes dry, paste-y and chemical-y, I decided to make my own out of mini marshmallows after poking around for recipes online. After a lot powder sugar dusted everywhere and lumps of gooey marshmallow in my hair, I had soft, smooth, and tasty fondant in my hand.

Since I did plain chocolate cake last time, I wanted to do something different this time, but something that everyone can still enjoy so I came up with a Neopolitan cake. The base cake was composed of two layers -- a layer of rich vanilla yellow cake and a layer of fresh strawberry cake with a generous layering of dark chocolate ganache in between. 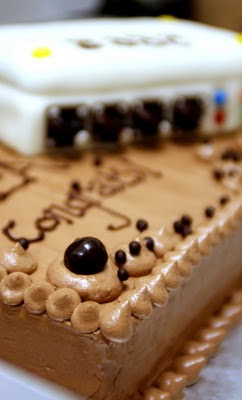 I had to do some tinkering with the strawberry cake since I could not find any good made-from-scratch strawberry cake recipes anywhere! All the ones I saw used store-bought white cake mix but I wanted to stick to my philosophy of making things fresh from scratch as much as possible wherever I can. After a second try, I was able to bake up a beautiful pink hued cake studded with bits of fresh strawberries that was sweet and slightly tangy from the strawberries, moist and pillowy in texture.

The cake was then iced with airy chocolate italian meringue buttercream to add lightness to the texture. Finally, it was adorned with dark chocolate covered malt balls.

The second tier in the shape of the camera system was a two layer dark chocolate cake with some more rich chocolate ganache in between for the chocolate lovers. The outside was covered in the homemade marshmallow fondant and then decorated with M&Ms for the bolts, licorice, strips of fruit leather, and chocolate fondant for the connectors. 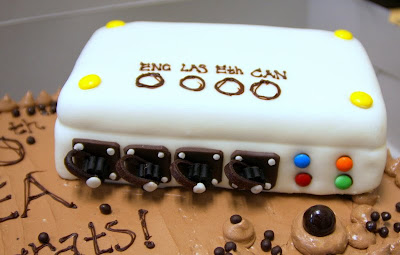 The cake was admired and shared during our weekly group meeting with the remote attendees painfully watching and listening to us devour the entire cake via video conference. I am very excited about how the cake turned out and how hassle-free the whole process was. I feel that I am more and more ready for the biggest project I will be working on very soon - a multi-tiered wedding cake! 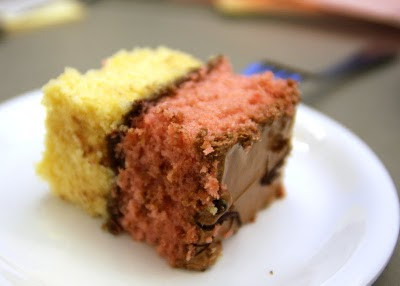 Donna ordered a large batch of pina colada cupcakes for a gathering for the weekend. As seen on earlier posts, they were moist vanilla bean coconut cupcakes filled with tangy pineapple curd with real chunks of pineapple and then frosted with coconut infused buttercream. 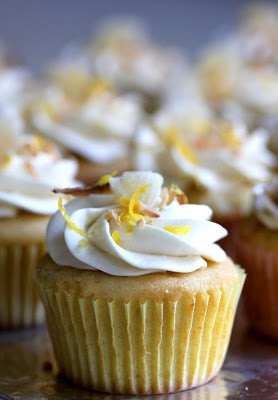 To make the coconut flavor a bit more pronounced in the buttercream this time I infused the milk with dried coconut flakes before it was added to the frosting. The finishing touches were crunch toasted coconut flakes, dried pineapples, and little yellow curls of lemon zest to brighten up the flavors.

Thanks Donna for the order as usual!