Several months ago was our good friend Jeff and Fay's daughter Addie's second birthday. And of course I couldn't show up empty handed to this special Curious George themed party.

For Addie, I used my simple sugar cookie dough from The Dahlia Bakery Cookbook, rolled it out and laid a printout of Curious George's face on top of the dough. I cut the outline out and then using a wooden skewer, went around and quick perforation for major facial features. After the cookies were baked, I used powdered sugar frosting (also from The Dahlia Bakery Cookbook) and decorated them. Decorating the Curious George cookie  was a lot more labor intensive than anticipated so I ended up making only one giant cookie. This actually turned out to be a fiasco during the party -- multiple kids yelled and cried that they wanted the Curious George cookie but tough luck for them, the birthday girl claimed it in the end!

Lesson learned -- do not make only one Curious George cookie for kids' birthday parties. 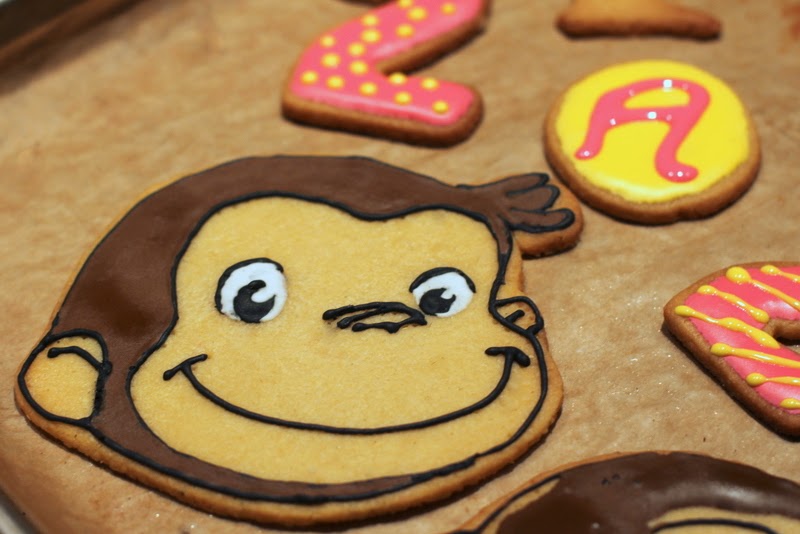 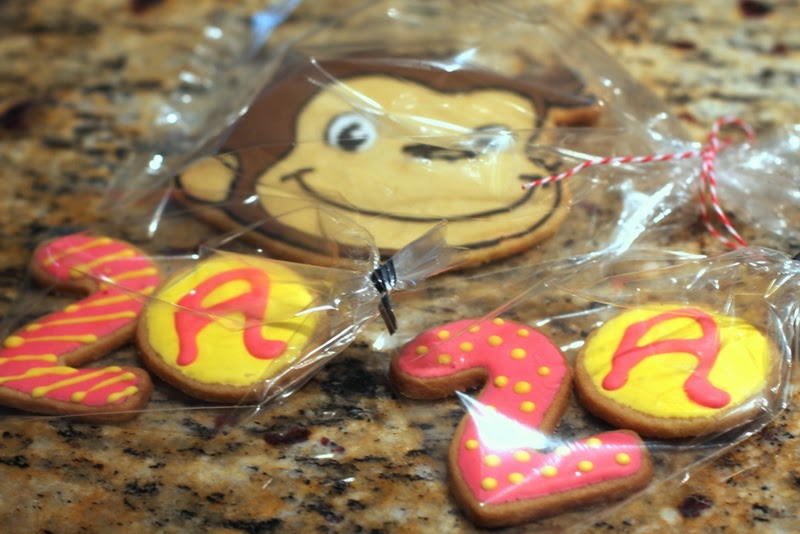 For the adults, I wanted to make something more grown-up so I settled on Coconut Raspberry Cherry Crumble Bars. This was a variation of Raspberry-Cherry Crumble Bars from The Art and Soul of Baking. To add more texture and flavor, I added about half a cup of shredded unsweetened coconut and sliced almonds into the crumble dough which turned out beautifully. 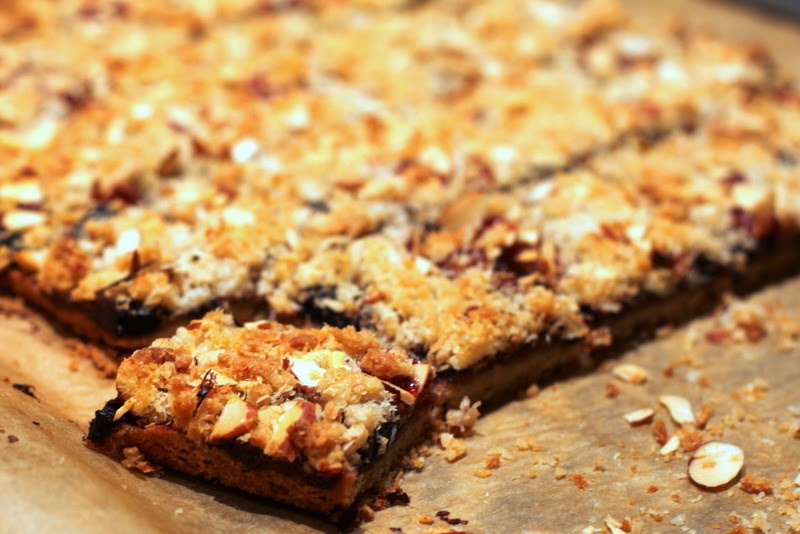 The crumbly brown sugar oatmeal crust with almond and coconut provided just the right sweetness and crunch against the soft tart and chewy filling, all held together by the buttery bottom crust. 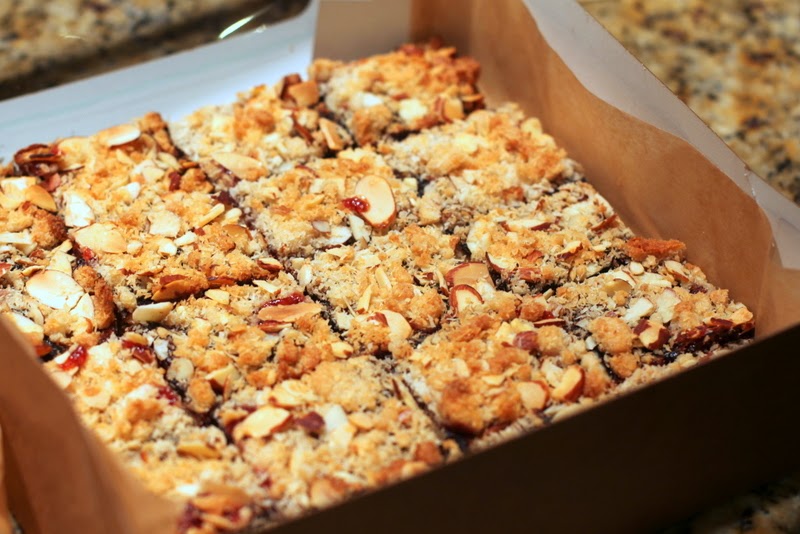 The party was a blast especially with Jeff dressed up as The Main in a Yellow Hat and holding Addie's little sister in a monkey costume. How adorable!
Posted by Ji at 3:08 PM