Back at around 20 weeks of my pregnancy, I suddenly had an urge to have a gender reveal party. We had actually sort of found out about the gender of the baby around the 12th week, but the finding was reconfirmed at 20 weeks via another ultrasound.

At first, I thought, 'Who the hell really cares about the gender reveal of my unborn child?" But then I convinced myself that 1) it's an excellent excuse to get everyone I care about together, 2) I get to have a fun event to plan and decorate for during my time off work, and 3) I can have this party only for my first baby and never again so why not just go all out?

I kept the color theme yellow and gray for gender neutrality. 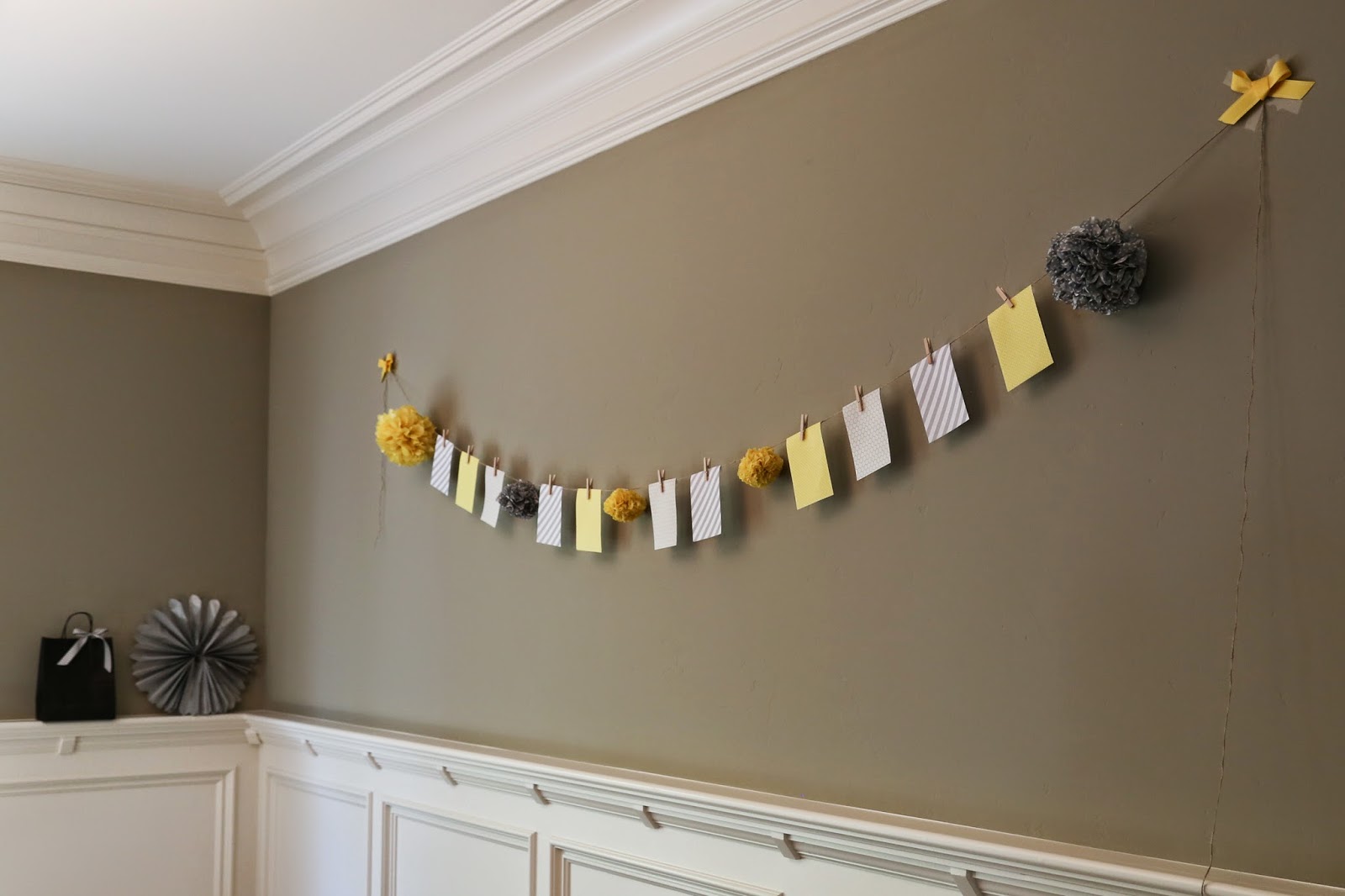 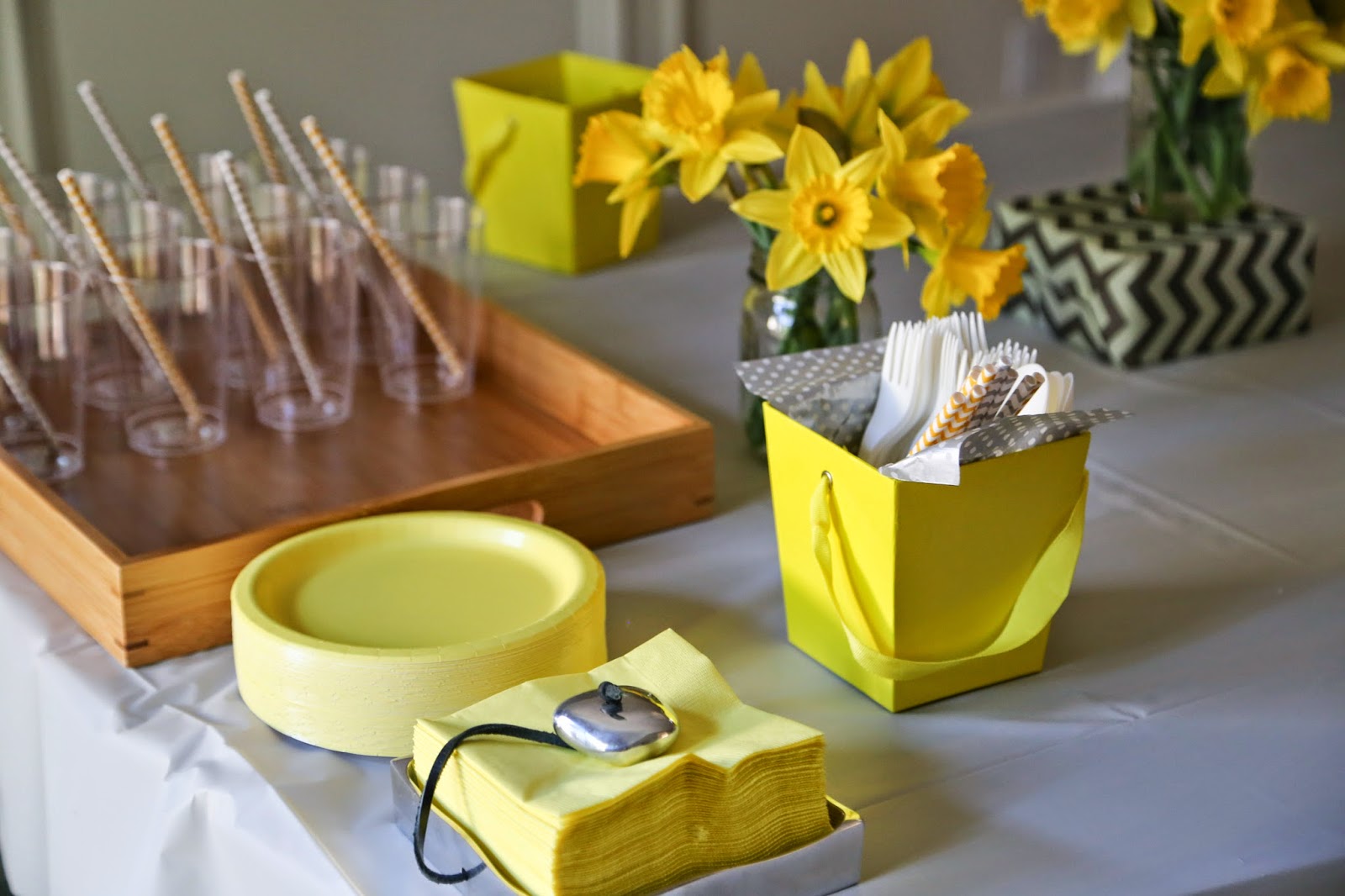 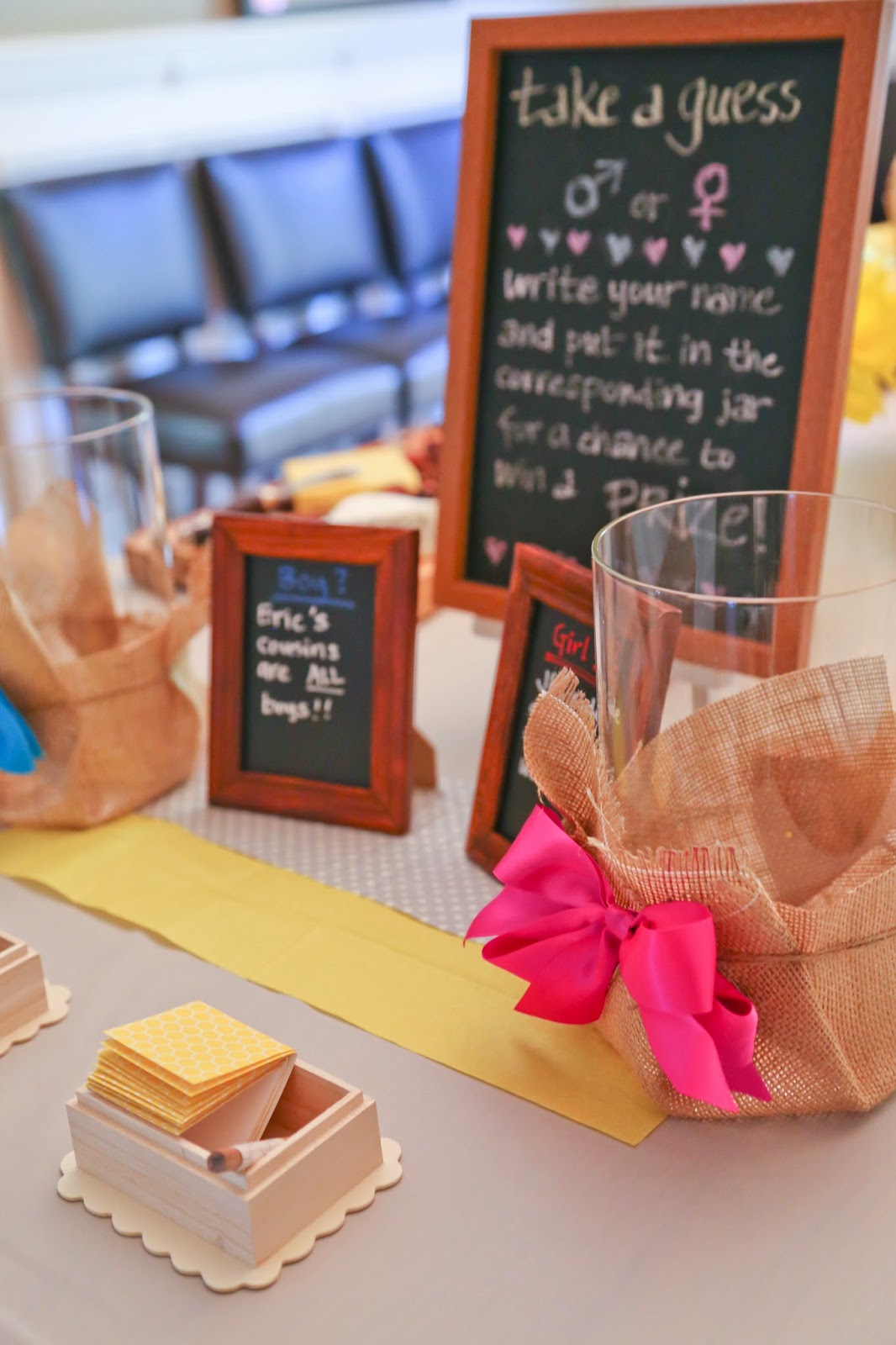 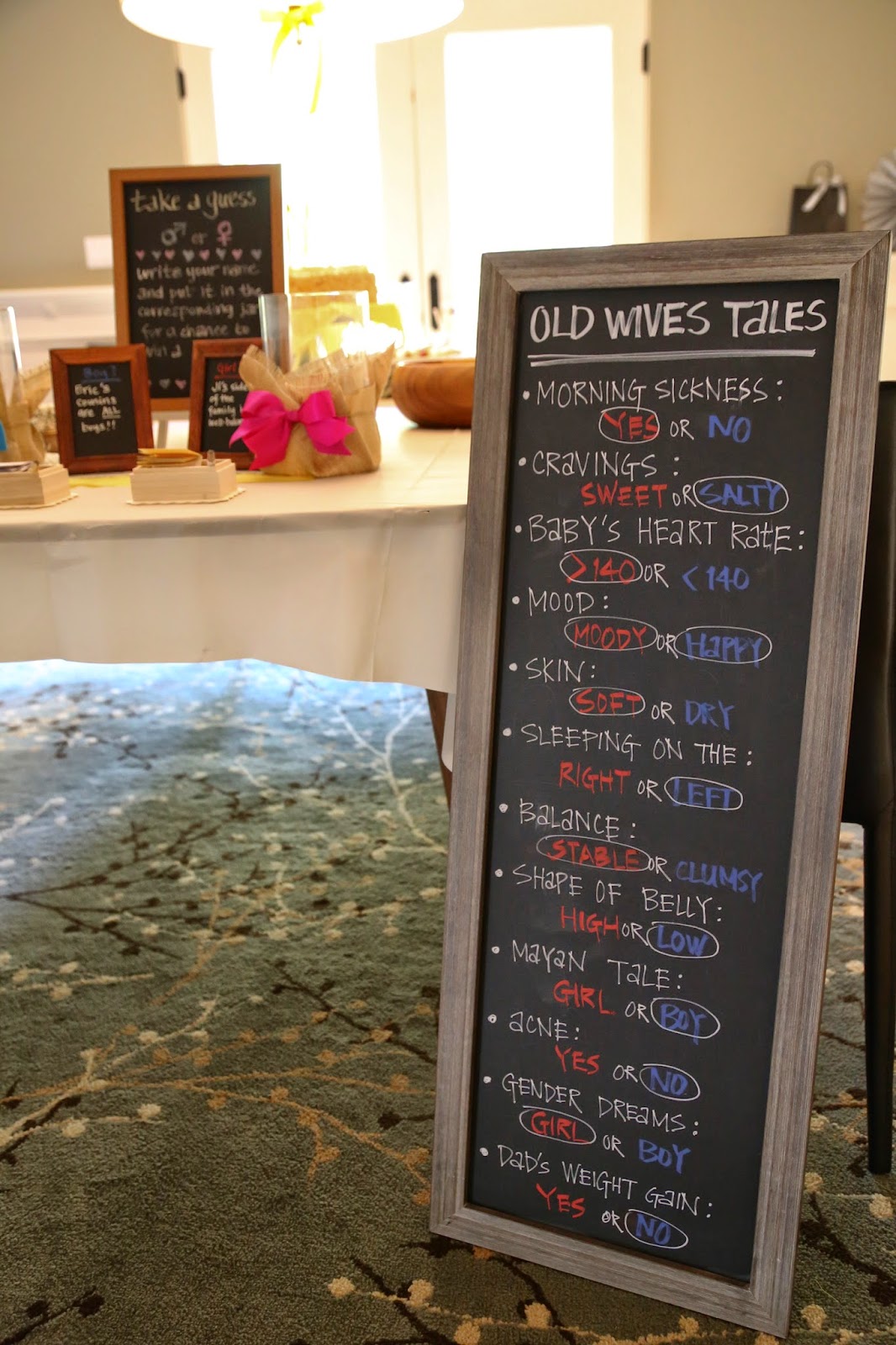 The gender reveal was to be done by cutting into a cake! 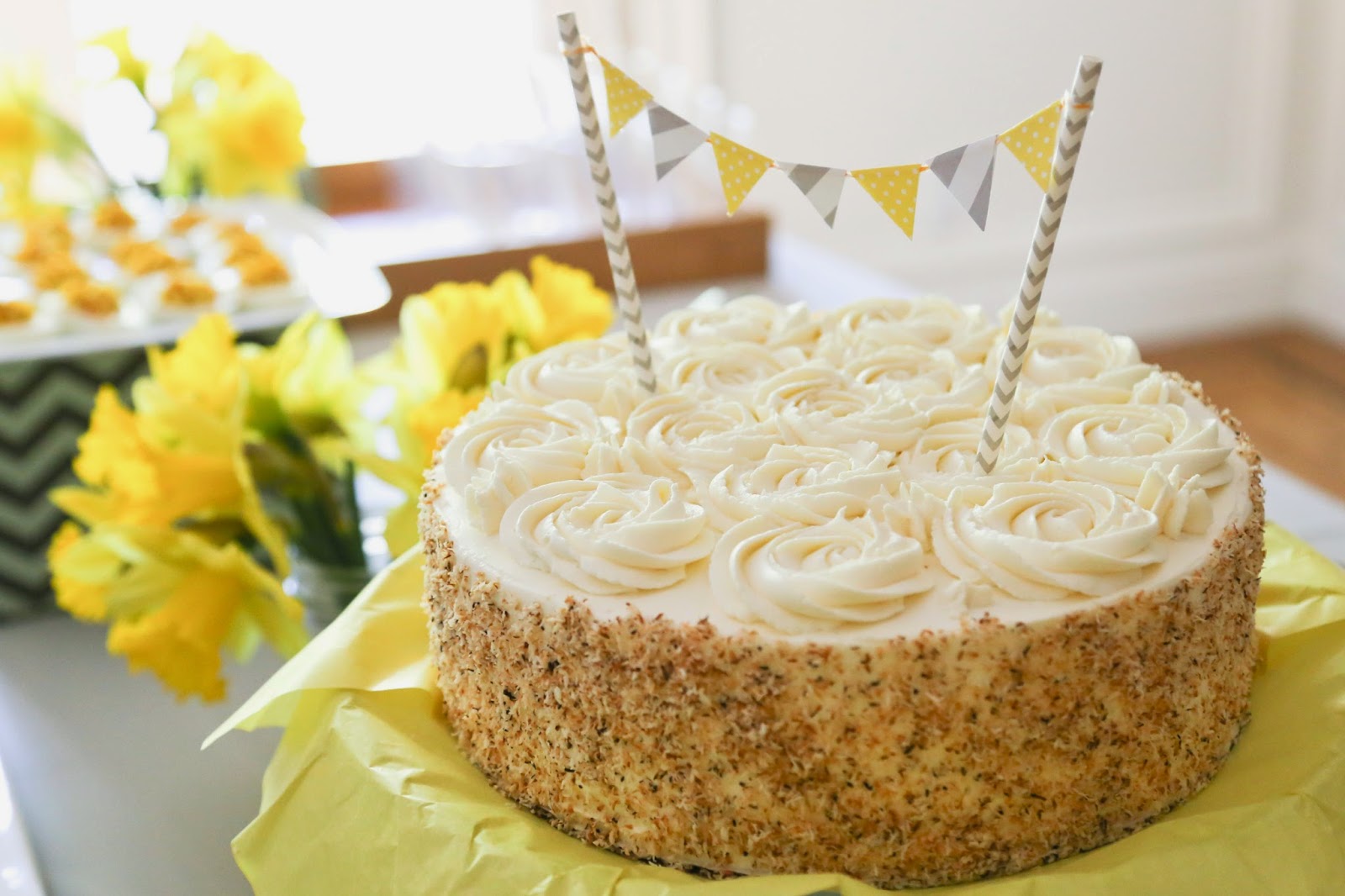 The cake itself was a light spongy chiffon cake made with rich coconut milk with, of course, a bit of red food coloring for the gender reveal part. The cake layers were then spread with apricot jam, whipped cream, and generous amounts of sliced mangoes. 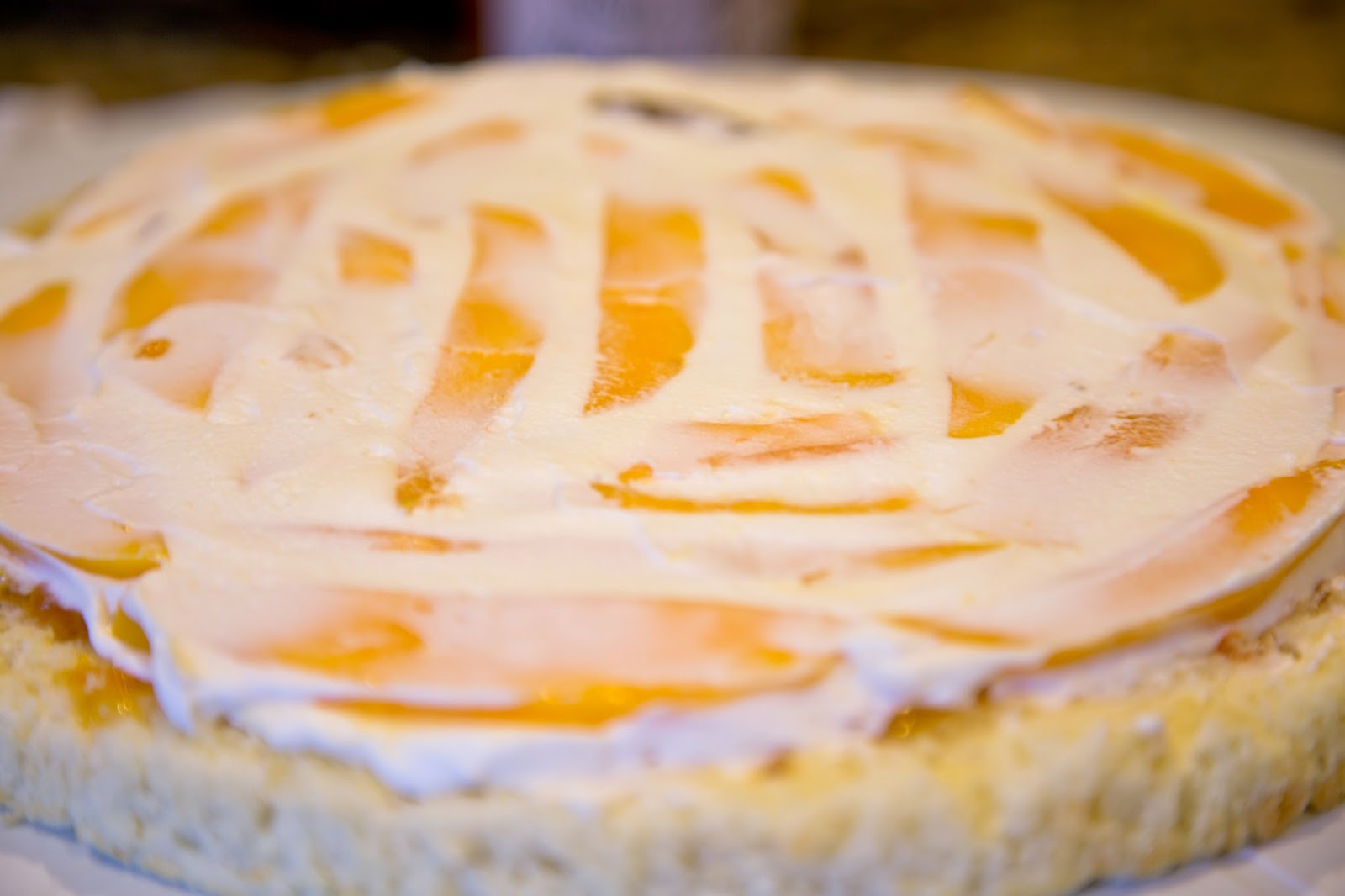 The assembled cake was frosted with cream cheese frosting with a hint of coconut extract and covered in nutty toasted coconut. 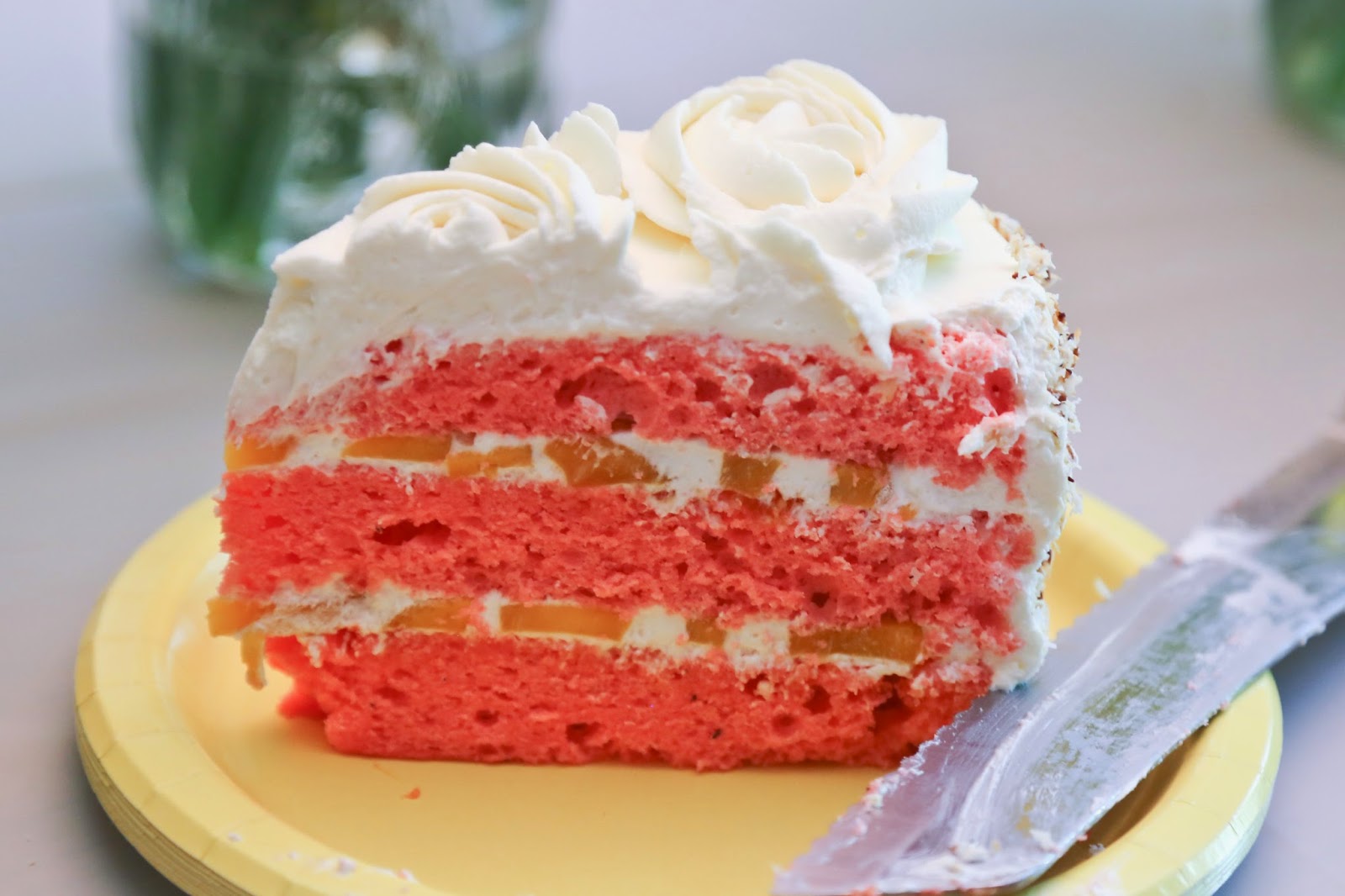 The party was so much fun! The majority of the guests guessed boy actually so cutting into the pink cake turned out to be a bit more dramatic. Thanks everybody for coming!

During the gender reveal party, our friend Derrick devoured two giant slices of the cake. He loved the subtle coconut flavor combined with the sweet juicy mango and rich cream cheese frosting. So for his birthday, I decided to recreate the cake. 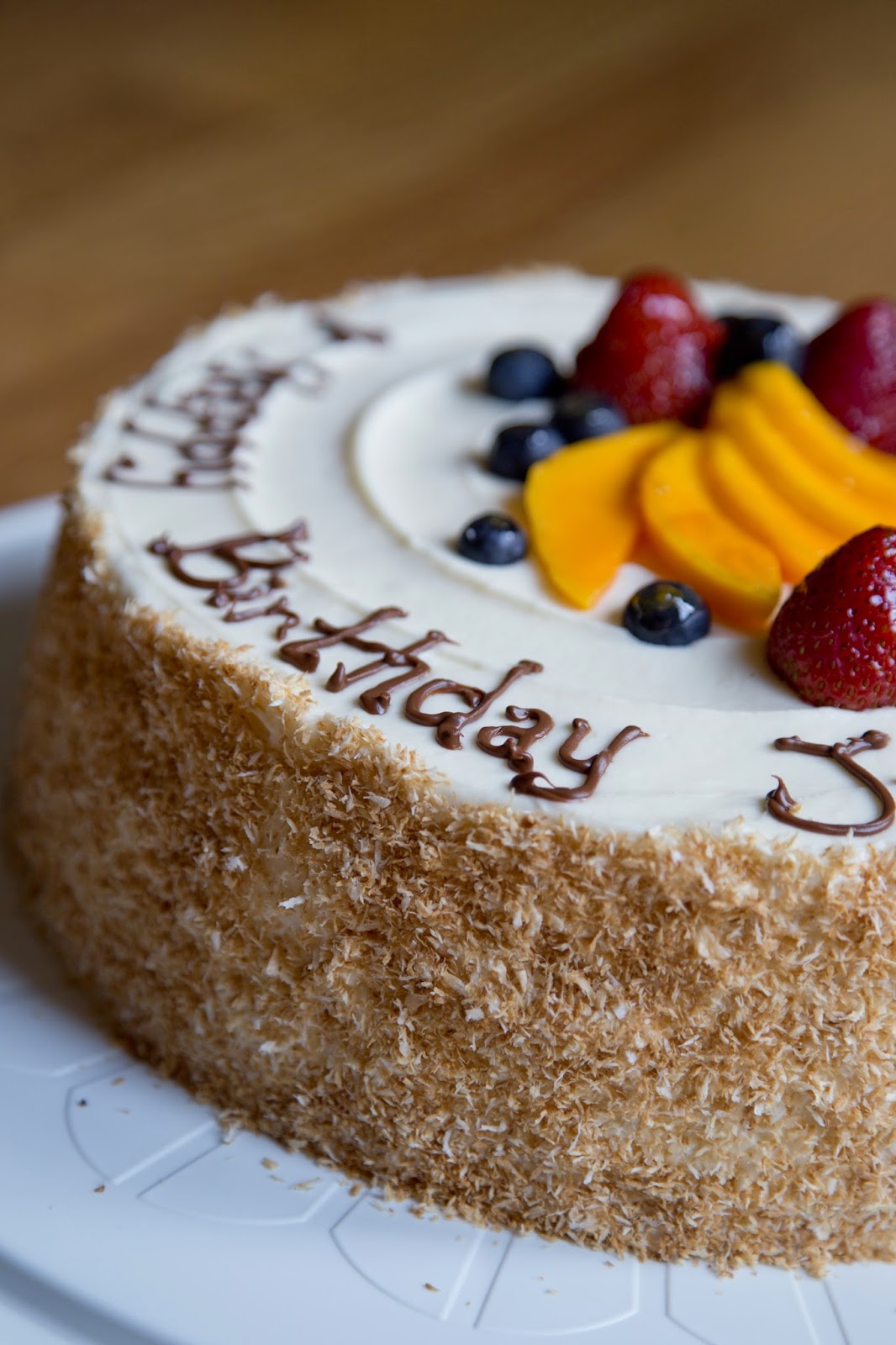 I kept the filling and the cake the same minus the red food coloring and topped the cake with fresh fruit. Happy 30th! 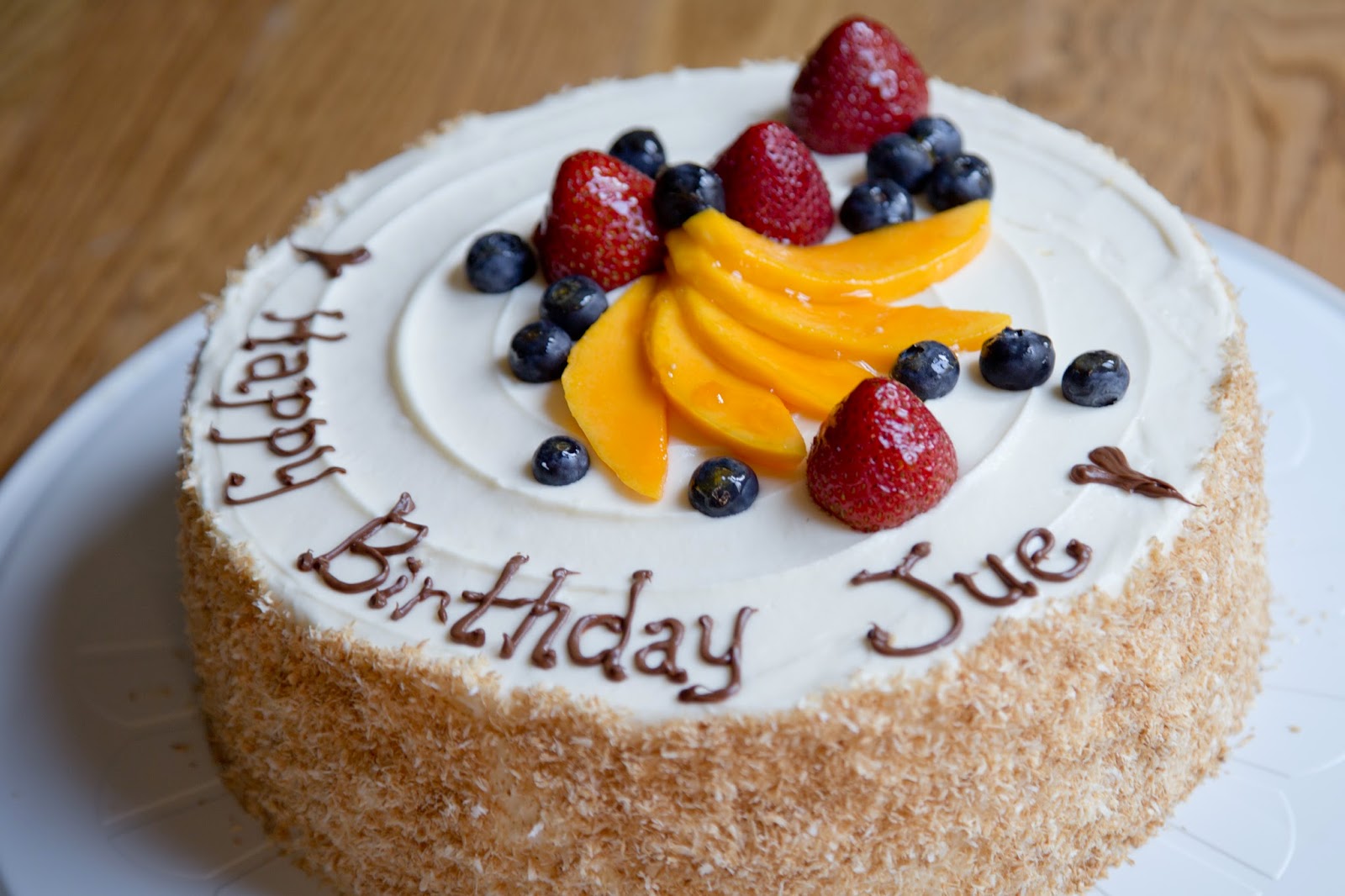